Don't Wait to Get the Help You Need Contact Us

The abuse of MDMA/ Ecstasy/ “Molly” is a growing problem in the U.S., especially among young adults. This drug is a “party drug” and users frequently take it to help reduce inhibitions and to promote euphoria, feelings of closeness, empathy, and sexuality. MDMA causes changes in perception, including euphoria and increased sensitivity to touch, energy, sensual and sexual arousal, need to be touched, and need for stimulation.

Consumption promotes promiscuity which may lead to a range of other issues. This drug is also frequently used with other drugs such as alcohol or marijuana. 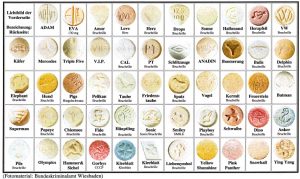 MDMA/ Ecstasy/ “Molly” is commonly distributed in colorful tablet/ pill form though may be available in powder or liquid forms. This drug is manufactured in unregulated laboratories and is commonly mixed or “cut” with varying amounts of substance such as: Methamphetamine (i.e., “Crystal Meth”), ketamine, cocaine, the over-the counter cough suppressant dextromethorphan (DXM), the diet drug ephedrine, and caffeine. These combinations of various amounts of unknown substances make this drug especially dangerous.

There are several negative effects which are a direct result of MDMA use. Consumption of this drug impacts the body’s ability to regulate its temperature- This could lead to liver, kidney and cardiovascular failure. A common cause of death in MDMA users is dehydration due to abuse in crowded party situations (i.e., raves/ musical festivals). Chronic use of MDMA can produce damage to the serotonin system (the system in the brain that promotes stable moods), as well as impaired memory and learning functions. Other side-effects are nervousness, cravings, chills, and paranoia.

MDMA is a Schedule I drug under the Controlled Substances Act, meaning it has a high potential for abuse.

-Information provided by “Drugs of Abuse” a DEA resource guide (2011).